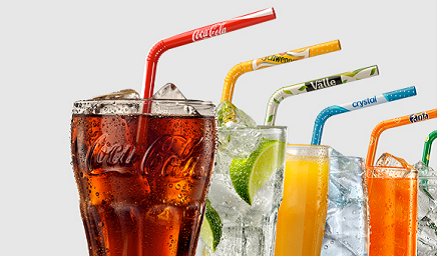 Catavento conducted an in- depth process in 2015 in order to define critical questions for the long term success of Coca Cola Brasil´s business, by means of 30 interviews, a board of specialists and benchmark analysis.

Catavento was once more hired in April 2018, with the objective of evaluating the evolution of the previously defined themes, as well as identifying possible performance gaps and possibilities to improve sustainability management.

In order to reach the latter objectives, the project included around 15 interviews, mainly in between executives from Coca Cola Brasil and specialists in diverse fields, such as corporate sustainability, water, nutrition, sustainable agriculture and consumption habits.

Based on the interviews and internal documents analysis, Catavento was able to build on a diagnosis regarding sustainability priorities management, new emerging themes and opportunities for improvement.

Catavento was hired in October 2015 to help Coca-Cola Brasil in the development and execution of a materiality process and consistent reporting, aligned with the company’s business strategy and considering  its key stakeholders expectations.

Aiming to map the key issues for Coca-Cola Brasil’s long term sustainability, the first stage of the project was divided between the mapping of external and internal environments that could impact the organization’s business context. Catavento conducted a trend analysis based on desk research and stakeholders interviews. On the other hand, the internal environment was mapped through the analysis of Coca – Cola’s  both public and internal documents and interviews with top executives.

Catavento organized an external specialists panel with Coca-Cola senior executives, in order to consolidate and enhance the materiality process. The panel’s goals were to discuss the main trends that could possibly alter the industry in the medium and long term, analyse how these ongoing changes affect the business model and understand the company’s role regarding society’s expectations.

The following stage prioritized the issues mapped during previous phases, through Catavento’s methodology based on qualitative and quantitative analysis of relevance and frequency. A validation process was then conducted, to define the priority issues with the team and top executives of the company.

In the final stage, Catavento suggested a reporting strategy for Coca-Cola, through the identification of sustainability report’s targeted audiences, recommendation of structure, content, format of the report and indicators for internal management/reporting.

Coca-Cola Brasil group is the country’s largest producer of non alcoholic beverage and acts on nine different segments – bottled water, coffee, teas, sodas, juices, dairy, sports drinks – with 213 products and regular, zero or low calories options. The group, including nine bottlers and the joint venture Leão Alimentos e Bebidas, currently employs 53,700 people, generating approximately 600,000 indirect jobs.
In 2018, Coca-Cola Brasil group maintains the same level of investments compared to 2017, approximately R$ 3 bi, and remains committed to portfolio innovation, by offering more low added sugar options and incentivizing the social and economic development of local communities.
The group works to promote positive social and environmental impacts. In 2017, it started to engage on access to water in rural and low income communities, through its Água+Acesso program. Regarding recycling, the group aims to help collect and recycle the equivalent to 100% of its packages by 2030.
Source: Coca-Cola Brasil website